Providing high quality neonatal care to babies and their families

The North West Neonatal Operational Delivery Network (NWNODN)  aims to provide high quality neonatal care to babies and their families. Within the NWNODN there are twenty-two neonatal units and one neonatal transport service all providing twenty-four hour care for sick and premature neonates.The work undertaken by the NWNODN is clinician led with the best interest of neonates and their families at the heart of all we undertake.

If you are Black, Asian or minority ethnic you may be more vulnerable during pregnancy. @NHSMW maternity safety information is available in 11 translated languages and can be accessed at bit.ly/3bJh6P1 or scan the QR code on the image
#nwmaternitysafetyinformation
... See MoreSee Less

If you've been supported by Peeps in any way, please could you take just a few minutes to complete a very quick survey?

Just click the link to fill out the online (anonymous) form: forms.gle/E4z9ZnfXtpWABK1W8

Hello! We would be really grateful if you could take a few moments to provide us with a bit of feedback. It's great to know if we are doing something well, but even more important to know what we can ...
View on Facebook
·Share

To all the North West Neonatal Teams, ConnectNW, Wider MDT, PAG members, peer/parent support groups and anyone else who has supported Neonatal care in the NW this year a massive thank you. You have all been amazing ⭐️. The ODN team are very much looking forward to being able to visit units & meet with the PAGs face to face again. ... See MoreSee Less

At last! 👏From today all families in England with a baby under 1 year can form a support bubble with one other household. You can keep your support bubble even if your child has a birthday as long as they are under 1 on the 2nd December. This also applies to families with a child under 5 who has a disability that requires continuous care.

If you have already formed a childcare bubble (for childcare purposes only for children under 14), your support bubble can be with a different household but you mustn't mix with both bubbles at the same time.

To find out more about how support bubbles and childcare bubbles work, and see the new rules visit www.gov.uk/guidance/making-a-support-bubble-with-another-household

Thank you to everyone who completed the feedback survey for our recent study day. ⛈ The three people who won the raffle have been contacted & their prizes are in the post. 😀

The next NWNODN virtual study day is currently being arranged so watch this space for details in the near future. 👩‍💻 ... See MoreSee Less

Yesterday, on World Prematurity Day 2020, we had the pleasure of chatting with Melissa and Ben, who are spending a great deal of time on our Neonatal Intensive Care Unit at Royal Preston Hospital, with their baby Grace, who was born very prematurely at 26 weeks.

Melissa described the unit as a ‘totally different world’, as all of the machines and noises were so new at the beginning. Now, the couple are used to what those sounds mean, but Ben said “It was like going back to school again, it was a brand new learning experience. We didn’t know anything about neonatal before, as we didn’t have to. It was all such a shock, and a lot to take in in a short space of time.”

When asked about bonding with baby Grace, Melissa said “It has been amazing. We have a little boy at home – we are not from here, we are from Barrow. Luckily, we have the use of Bowland House, which has been nice, because otherwise there would be a lot more travelling. It is hard being away from our son George for so long."

Bowland House is Lancashire Teaching Hospitals’ on-site hotel, where relatives of patients can come and stay when they want to be close by.

The couple described how difficult it was in the beginning, not knowing how Grace would be from day to day or even hour by hour. One thing in place to support Melissa and Ben was the use of the vCreate messaging service, a project funded by the Trust’s maternity and neonatal charity Baby Beat, which allows staff to send photo and video updates of babies to mums, dads and families when they can’t be on the unit.

Ben said “It’s nice to wake up to a picture of Grace! George has a log-in at home as well, so that’s something for him to enjoy – he loves to see pictures of Grace.”

Melissa and Ben described the care Grace has received as ‘phenomenal’, and didn’t wish to pinpoint any one member of staff as everyone had been so caring.

We want to thank Melissa and Ben for sharing their story with us and wish mum, dad, George and baby Grace all the very best for the future.

*permission given for photo use ... See MoreSee Less

Hospitals often have a unit or ward dedicated to caring for babies who require additional support after birth, which cannot be provided on the Maternity wards.

These are often referred to in different ways such as the Special Care Baby Unit (SCBU), Neonatal Unit (NNU) or Neonatal Intensive Care Unit (NICU)

NWNODN working in close collaboration with: 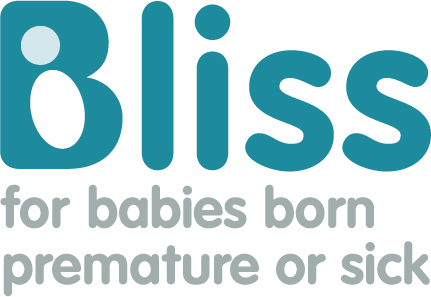 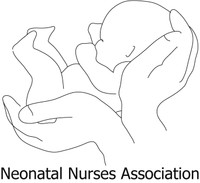 The Neonatal Network aims to provide high quality neonatal care to babies and their families, in a unit able to provide the care required, as close to home as possible.

This website contains information about the Neonatal Network which we hope you will find useful.

To help you find what you are looking for; here are some selected links to the most popular and most important areas of our site.

Your ticket for the: Home